You may wonder why all your health nut friends suddenly started carrying around kombucha bottles everywhere they go. Or maybe you notice them popping up more on the shelves of your local supermarket. Kombucha has become more than just a trend.
The fizzy fermented tea has climbed to the top of the popularity ladder for its health benefits.

THE HISTORY OF KOMBUCHA

Let’s kick it off with a quick history lesson! Kombucha may be a relatively new trend, but it’s been around longer than most drinks.
The roots of kombucha go all the way back to around 220 B.C. It was invented in Northeast China and became popular for its healing properties. The name Kombucha stems from a Korean physician, Dr. Kombu. Dr. Kombu brought the fermented tea to Japan as a curative for Emperor Inkyo.
Spreading through trade expansions, kombucha became loved by countries like Russia and Germany in the early 20th century. Kombucha regained popularity in the 1960s after a study compared its health benefits to another probiotic-filled snack, yogurt.
Kombucha continues to maintain its popularity for its health benefits and uniquely tangy taste, and bubbly feel.

WHAT’S INSIDE A BOTTLE OF KOMBUCHA?

Kombucha is fermented tea. It can be made in dozens of different ways, but all methods center around four simple ingredients: tea, water, sugar, and a kombucha culture .
This combination of ingredients is essential to fermentation – which is an essential part of making a batch of kombucha.

HOW TO BREW KOMBUCHA?

Kombucha is made by brewing a strong tea – most commonly black tea, green tea, or white tea leaves – which is then sweetened with sugar and stirred until the sugar dissolves. This strong, sweetened tea is then diluted with cool water, which reduces the strength and brings the liquid to an ideal temperature for the next step: the addition of culture.
Every culture is different, but they are usually unique combinations of bacteria and yeast – which, when added to sweet tea, begin to consume the sugar and nutrients in the tea and convert these to alcohol which is then metabolised by the bacteria into beneficial acids.

WHAT IS A KOMBUCHA CULTURE?

Kombucha can be enjoyed in its pure original form or flavored with juice, herbs, botanicals, and flavorings. No matter what kombucha you flavor you choose, it’s characterized by a uniquely tangy, acidic, almost vinegary taste. Once you’ve become accustomed to the taste of kombucha – it’s nearly impossible not to crave it!

Kombucha contains minimal caffeine. Since the caffeine in tea dissipates during fermentation, kombucha is a natural source of energy that won’t make you crash. The caffeine content in kombucha can vary depending on how long it’s left to steep and ferment, so if you’re sensitive to caffeine, you may be sensitive to some kombucha, even homemade kombucha.
A bottle of Raw Culture kombucha contains anywhere from 8 mg to 15 mg of caffeine per serving, depending on the flavor, where a regular coffee contains about 100mg of caffeine. Compared to a cup of coffee or tea, kombucha contains a relatively low amount of caffeine that won’t keep you up all night or make you feel jittery.

Kombucha contains a trace of alcohol from its fermentation process. This happens when yeast consumes and ferments sugar to produce CO2 and alcohol. Kombucha alcohol content is required to be lower than 0.5% ABV by law.
Our unique brewing process ensures that there is less than 0.05% ABV, less than ten percdent.

IS KOMBUCHA PACKED WITH SUGAR?

Sugar is one of the four ingredients in kombucha, but most of the sugar gets consumed in fermentation. Kombucha has a significantly lower sugar level compared to other popular beverages.
Beverages are the number one source of added sugar in the average American diet. Kombucha is a healthier alternative to energy drinks, juices, and sodas. Many people enjoy drinking kombucha because they find it satisfies their sugar cravings in a way that also makes them feel good.

SOME OF OUR FAVORITE RAW CULTURE KOMBUCHA

Customise your kombucha experience with what your body needs! Find total refresh in Hop Tropical for a taste of summer-time, with our blend of organic tropical hop extracts, producing added flavors. Or reinvent your energy with a wake-up call from Hop Scotch for a tingle of hops, ginger and chilli. 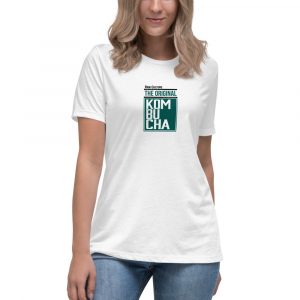 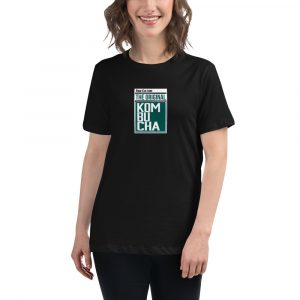 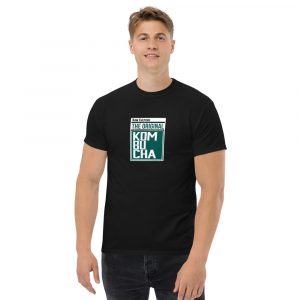 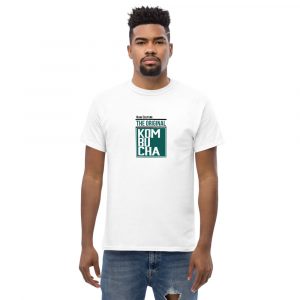 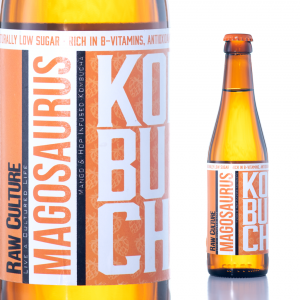 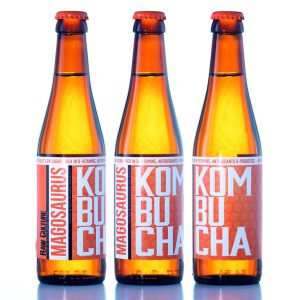 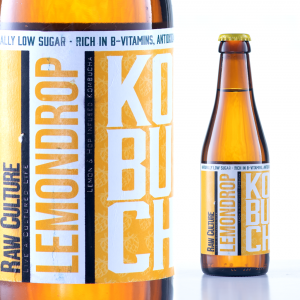 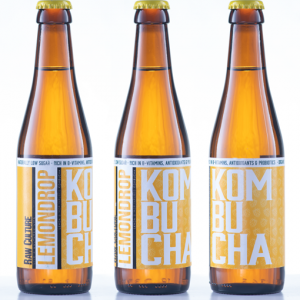 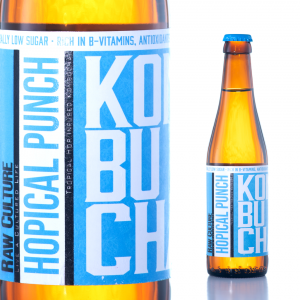 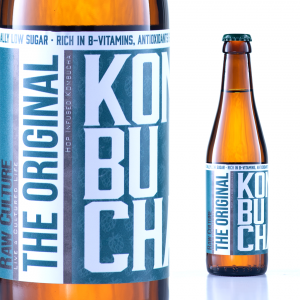 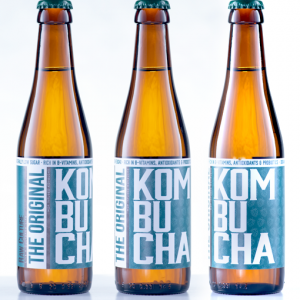 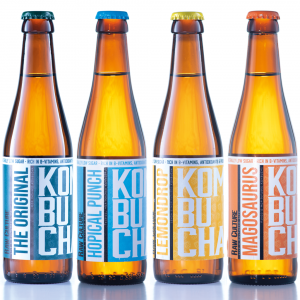 Raw Culture was set up by Chris Geary and Ashley Keenon with the view to manufacture and distribute our own premium, hop-infused kombucha.